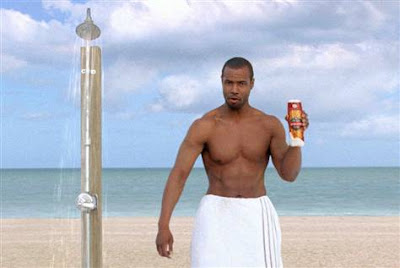 There may be nothing worse for a marketer than to create a buzz worthy campaign that doesn’t ultimately contribute to an organization’s bottom line.  Everyone knows the purpose of marketing is to grab an audience’s attention on the path that leads to a sale.
Over the past few weeks, the Intraweb and marketing industry has been in a tizzy over the wild success of Old Spice’s innovative web video marketing campaign.  The team that first introduced Old Spice Man to the world via traditional broadcast ads extended the campaign into a great example of viral video marketing.  Videos were launched and viewers engaged . . . by watching the videos.  In fact, the Old Spice Man videos took up positions #1, #2, #3 and #4 on the Visible Measures “Top 10 Viral Video Ad Campaigns” chart for the week of July 5 – 11, 2010.
However, as reported by MarketingVox, sales for the Old Spice “Red Zone After Hours Body Wash” have dropped 7 percent in 2010. The MarketingVox article goes on to cite a BrandWeek analysis of the 2009 Evian roller babies campaign, another wildly successful viral video effort:

“An analysis of the top viral ads of 2009 show that the best a marketer can hope for is to raise awareness and drive traffic to a Web site.”

Thus the marketer’s conundrum:  viral video can be a great way to generate buzz, but that buzz may not contribute to sales.
If organization’s are investing the time and budget to create online video content, the content should not be developed for the sole purpose of “going viral.”  Take the time to create a distribution strategy.  Viral sharing may be one of the elements of this plan, but consider other proven web video marketing tactics including video email.
Additionally, online video can absolutely be leveraged to produce more than just a plethora of views.  The millions of viewers the Old Spice team reached through their sassy videos could have been converted to sales if the video content was part of a video brochure or video landing page.  Then an offer to purchase or a direct call to action to buy some “Red Zone” wash could have been presented in tandem with the videos.